The Greatgrandfather Of Soul With A Wooden Leg 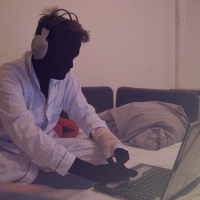 Consider him a blues singer who lost his voice at a volksfest:
this confused professor keeps upitup in harmony with nature - and itself. His importance is often underestimated since his musical style seems less consistent or popular; but Pierlo’s best friend resizes the importance of fun, popularity, humor, coolness, fame or conventions as if he were pop culture’s anti-matter.
In a calm yet confused way, he functions as a flux compassitor for our output, a compensator for our one-sidedness, an equalizer for our beats.

Sometimes he fiddles, he crackles, he flops.
No matter what he does, he calls it countrycalls. You might read that he was found on the coast of Portugal as a baby, or that he grew up in Romania where he learned how speak with wolves. And that the legend says he took care of Joseph Beuys and wrapped him in felt after his plane crash in ukraine during World War II. Or that he lived as a farmer in Scandinavia, before opening a book store in Wales.
Regardless what his background looks like, his music sounds as if all this was true.