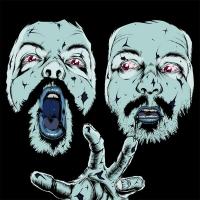 Eustachian's live acts have shocked and awed crowds the world over. Both John and Anthony quickly started touring around the USA and touring abroad in Europe with acts such as Machinedrum in 2004 and Vytear in 2007. After returning from their successful European tours they released on various labels, such as Dalycity, Component, Merck, V135, Militia, Noize:tek, Puzzex, and finally their own newly created Neo Psych Horror-core Label called Fathme.

Eustachian will be adventuring on a Alaskan tour in late December 2007, and a upcoming 2008 Europe tour with UK based artist The Teknoist